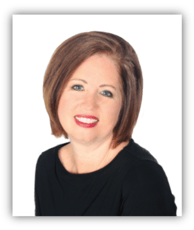 In February 2018, Eleyo published the magazine After School Elevated. In our first issue, we had the opportunity to interview Gina Warner, President of the National Afterschool Association (NAA) on the state of after school. Below is exert from the article. To read the whole article, click here.

Spring 2017 was an uneasy time for Gina Warner and her team at the National Afterschool Association (NAA). Despite what Warner says are “reams of evidence” that after school programs help children both in and out of the classroom, President Trump’s proposed budget completely eradicated the $1 billion 21st Century Community Learning Centers (21st CCLC) grant, which supports before- and after school programs.

Fortunately, Congress stepped in and took the buzz saw out of the president’s hands, funding the grant program for another year at about $1.1 billion. (At press time, Congress had not approved a 2018 budget.)

Losing the grant “would have been devastating for our field and for families,” says Warner, CEO and president of the NAA. “Because it focuses on communities of need, it really would have set back a lot of the advancements that we have made. The good news is Congress heard from many of their constituents who are parents and those working in the field. But it will continue to be a fight every year.”

Although there are numerous sources of federal, state and private funding for after school programs, the 21st CCLC grant is the largest federal funding stream solely dedicated to after school. Continued...